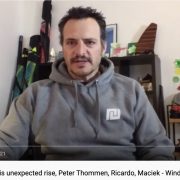 A long but very nice interview with Patrik. Absolutely worth listening! 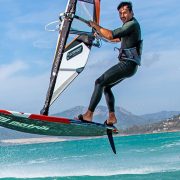 We are happy to welcome a great talent for windsurfing in our PATRIK family!
We believe that he will be one of the top guys in the new format of Slalom racing and that he will be flying high like on this picture also with results. 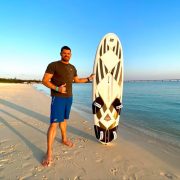 We are more than happy to welcome back to the PATRIK family Warembourg Nicolas!!!

The multiple Le Defi winner that is a great ambassador of our sport will be a great addition in promoting our philosophy.

Warembourg Nicolas just got 4th at the Defi-wind JAPAN in Miyako!!! 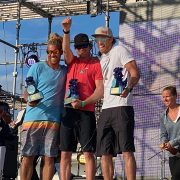 The first big competition in 2020 where most of the top windsurf stars gathered was the legendary Le Defi in Japan. The race was run in light winds and Alex Cousin showed everyone that he will be the man to beat in 2020!!!
Using his AIRINSIDE Slalom 130 v2, Chopper Fins 44 and 8.6 he showed everyone what a planing machine this amazing construction is. 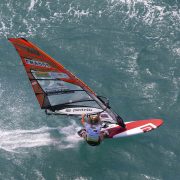 The PWA 2019 season is now officially over. An amazing event in Noumea, New Caledonia, saw plenty of racing and good battels.

In the women division, Maëlle Guilbaud finished the event in 4th place which was enough to get on the overall podium. While Marianne Rautelin finished 7th to close the year in the same position.

While in the men division Julien Quentel finished the event 9th to finish in a still amazing 5th place overall!!!

The young talent Francesco Scagliola that had an amazing season in the youth division showed with the 22nd place on the last event of the year that he is one to watch for the future.

Big congratulation to the whole team and we wish everyone a great rest and good training over winter!!! 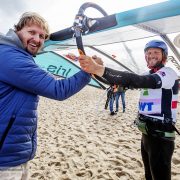 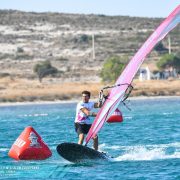 Bora Kozanoğlu is the 2019 IFCA Masters Slalom European champion!!!
The IFCA Slalom JYM Euros were held in beautiful Alacati where the lighter winds allowed much competition.
Bora Kozanoglu has won on the PATRIK Slalom 130 3 out of 4 races!!!
An amazing performance also by the young talent Anna Biagiolini ITA 188 who finished 3th after 7 races in Female Youth division!
Also to mention Francesco Scagliola who was leading the Youth division and then got unfortunately sick. 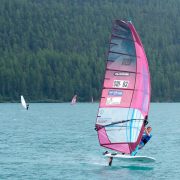 The past week the Engadinwind Silvaplana IFCA Foil World Championship 2019 was showing the World what foiling brought to our sport. Racing in 4-6 knots is now realistic, incredible but through.
In 11 races in all sort of conditions, Steve Allen used all his knowledge to once again show that he is the man in course racing. He finished 3rd with winning the race number 5.

At the same time, Alexandre Cousin FRA 752 just did not have luck as he was leading two races and in one he broke the mast and one got canceled due to too light wind. Nevertheless, he still finished 7th!

We need to say that 4 out of the top 10 were on PATRIK boards what just shows that PATRIK Foil boards are one of the best if not the best FOILing boards out there.

At the same time, the 2019 Engadinwind marathon was held in tricky conditions of shifting winds. After long 5 laps, Elia Colombo finished 2nd!!!

Amazing performance of all the PATRIK team, a big congratulation to all! 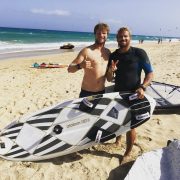 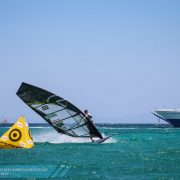 Another tittle for PATRIK boards!

The young Italian Francesco Scagliola is on fire this season! After the Youth World title now he won also the IFCA European Youth title in Paros, Greece!!!

He finished 5th overall in the men fleet. Also to mention Adrian Beholz who finished 8th.

Now all the Slalom World is looking for the start of the PWA World Tour Windsurfing in Fuerteventura! Good luck to the whole Patrik Windsurf International team.