The Easter long weekend is usually the start of the competition season in Europe as the spring slowly kicks in. It was no change this year with at least four competitions in different parts around Europe. The PWA started the season with a woman only wave event in Morocco. The event is still on till Saturday.

In the south of France, two national circuits have started with the first stop of the French tour and Swiss windsurf cup.

The AFF saw its first event of the season with BRET’S Funboard Tour AFF 2018 étape 1 MARIGNANE. In different wind conditions, they have finished three eliminations in both genders. With impressive 21 women and 76 men fleet, we are sure this might be the strongest national circuit in windsurfing. In women’s fleet, we saw the domination of Delphine Cousin in front of Marion Mortefon and Maelle Guilbaud. The PATRIK rider Maelle showed strong performance with a 2nd and 3rd places in first and second elimination so we are excited to see her results this season. While in men’s fleet we saw a very tight battle between Pierre Mortefon and Antoine Questel. With equal points, it was Pierre who won. With a solid performance, Alex Cousin made it to the 9th place, while Ludo Jossin after a solid 8th place in the first race was not really competing anymore. The young Benjamin Auge finished 17th.
In the light wind also a foil race was run where Cedric Bordes won with Alex Cousin in 2nd and Antoine Questel in 3rd. 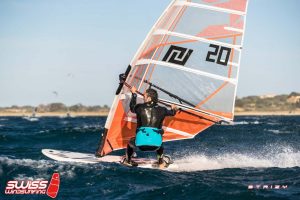 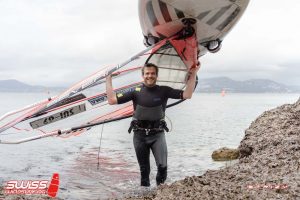 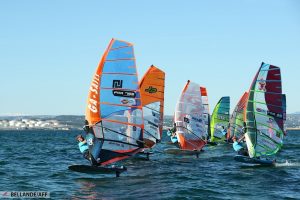 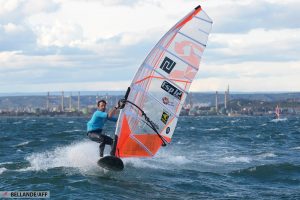 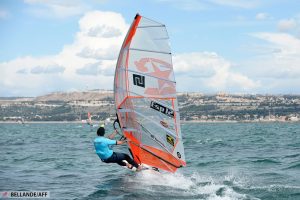 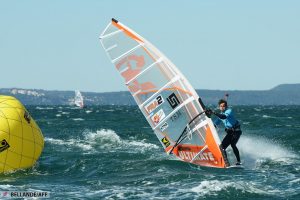 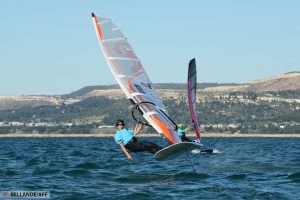 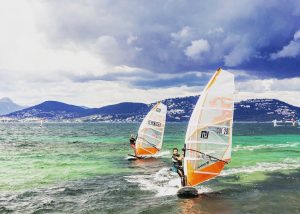 Swiss Windsurfing started the season not far away in Hyères/France during. Despite not being far the wind was much stronger. They had a blast of winds with 35 to 45+ knots and the famous Almanarre waves. Despite a big fleet of competitors, many had not entered the water due to very rough conditions.
Karin Jaggi won all seven races for women and dominated the event. While her PATRIK teammates Franziska Stauffacher and Heidi Ulrich finished in 2nd and 3rd. While in the men’s fleet four tough races were finished and Patrik finished as the first Swiss and 3rd overall, just behind the top PWA riders Jordy Vonk, who won the event, and Marco Lang. Just to sum up the success of the PATRIK team there were 5 PATRIK riders in the top 10 (Patrik, Stauffacher, Beholz, Wilhelm, Remo Diethelm).
Two races of Fun Foil Course Races were held. Both were won by Jordy Vonk while Patrik got a two impressive 2nd places to finish in this raking on the second place in front of the multiple times Swiss Olympics competitor Richard Stauffacher also on PATRIK boards. On the foiling overall raking, there were 6 PATRIK team riders in the top 10 (Patrik, Stauffacher, Schuster, Dittrich, Bezler, Strub). Next stop of the Swiss Windsurfing will be in Cremia at Lake Como.

Finally in Greece the first speed competition of the season was run by the Hellenic Speed Slalom Windsurfing Association – HSSWA – Drepano 2018 Speed Race #1. In solid winds between 20 to 33 knots, 20 competitors had a blast. With everyone happy it was Konstantinos Papandrikopoulos who won the event, Alkis Vovos got second and PATRIK rider and partner Nick Vardalachos got the third place.

What a great and windy start of the race season!!! We believe it will be an EPIC one! 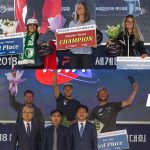